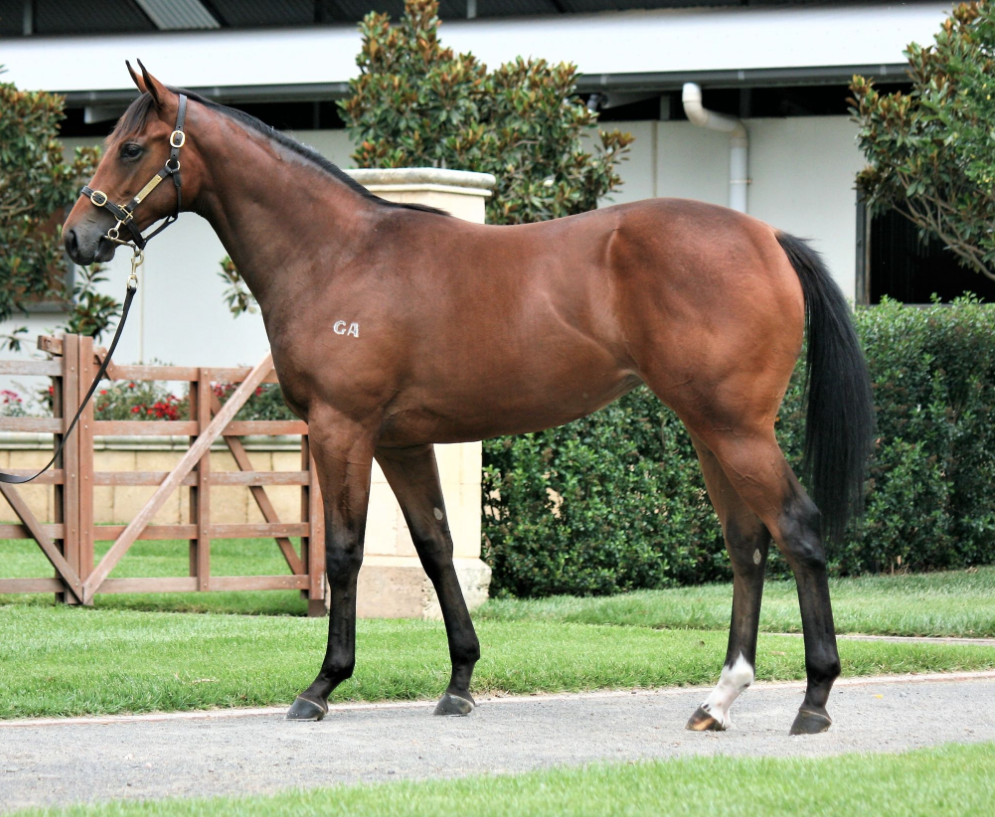 WE loved Lot 68 at the Melbourne Premier sale, the yearling filly by Starspangledbanner from Sean Baile Mor, a Cape Cross mare, so we snapped her up.

Starspangledbanner is the best son of Choisir, who is suddenly represented by several sons at stud in Australia.

Speed, power, class and good looks . . . these are the superlatives Coolmore uses to describe their shuttle stallion.

Then there is this from Sporting Life: “The four-time G1-winning Australian sprinter has made a blistering start to his second career.”

With a high percentage of stakes horses to runners in Europe, Starspangledbanner offspring are bringing big money over there.

We also like Cape Cross, for a long time Europe’s reliable evergreen stallion, as a broodmare sire.

The dam of Lot 68, Sean Baile Mor, currently has a runner by Pierro, while her Exceed and Excel yearling sold for $400,000 at the Sydney Easter sale last year.

It also turned out we had a link to Sean Baile Mor (which we think translates from the Irish to Old Ballymore). It was the first horse trained by former jumps jockey Todd Balfour, who for a time trained one of our horses.

Our new girl, recently broken in at Wangaratta, will be trained at Caulfield by Ciaron Maher.